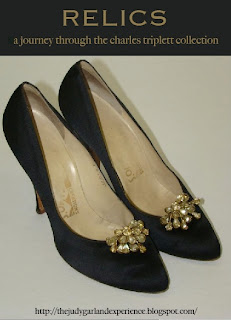 FROM THE COLLECTION OF CHARLES TRIPLETT 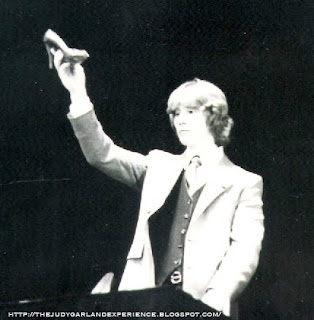 As I have said to my good and great friend, Tom Larro, many times - oh, how I wish I could go back to November of 1978 to attend the infamous JUDY GARLAND MEMORABILIA AND ART AUCTION. It made headlines even in my local small town North Carolina paper but at 18 with no money it was way out of my range. I did get the auction catalog which sold at the time for $25. 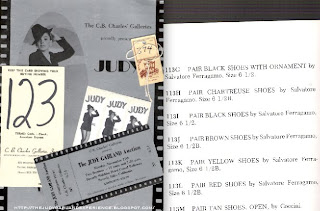 I was very intrigued with the wardrobe and shoes. There were a dozen couture items, several from THE JUDY GARLAND SHOW, and personal couture as well. There were nearly two dozen pair of Salvatore Ferragamo shoes. Even at that early age I knew that these shoes were made by the famous Italian shoe maker who had done custom made shoes for Jackie Kennedy, the Duchess of Windsor and Marilyn Monroe. These shoes were all custom made for each client and Judy had two dozen in a rainbow of colors. They were all listed as size 6 and half but were more like a US five and custom made to Miss Garland's very slim foot. All were pumps with a four inch spike heel. 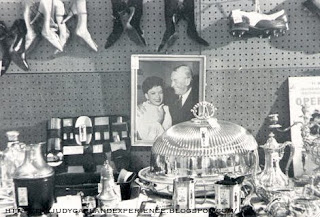 Several years later in the mid 1980s I saw an ad in HOLLYWOOD STUDIO MAGAZINE advertising a pair of black pumps from the auction. I immediately wrote to the lady, Alice Garza, only to receive a note back saying they were sold. 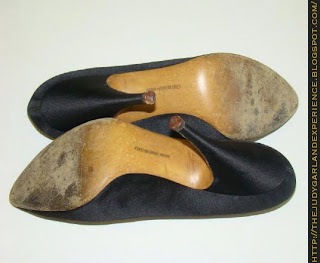 Nearly 25 years later a pair of beautiful black silk-covered Ferragamos with ornament came up on the auction block. They were from the 1978 auction and had the original auction receipt, item # 113G. The bidding was furious, but I was able to win them. I had no idea until I received them that they were in fact the pair that were offered nearly 25 years before by the lady in HOLLYWOOD STUDIO MAGAZINE. Her name was on the receipt.

Judy's Ferragamos are one of the favorite items in my collection. I know of only three other pair in fans' hands and sometimes wonder where all those others are.

Until next time,
Charles 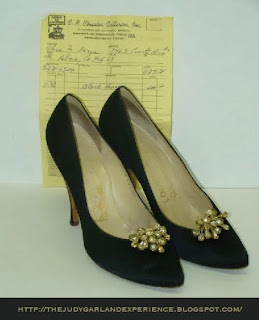 Posted by Buzz Stephens at 8:33 PM

The shoes are gorgeous - thank you Charles for sharing your story! I look forward to future installments,as well.

I was at the auction in Beverly Hills , Nov.1978. I own a pair of her black velvet Ferragamo shoes, some sheet music , and her Paisley Trevilla pants that were made for her for Valley of the Dolls

I loved reading all about Judy's clothes! I loved her and all her movies and I was always fascinated with her beautiful clothes. I have always been interested by the scarf she wears in Meet Me In St. Louis when she sang to Margaret. I have knitted one as close as I have been able to. There isn't a real good picture of it anywhere. Do you know who owns it?