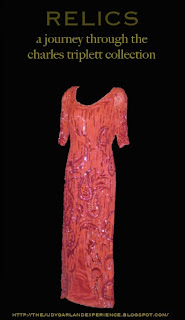 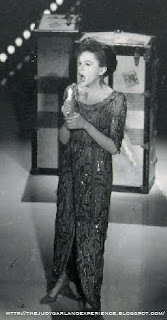 At this point there is no need for me to describe or recount Judy Garland's legendary performance of THE BATTLE HYMN OF THE REPUBLIC on her television show, 12-13-63, in tribute to President John F. Kennedy. It was one of the high points of her series and well remembered by fandom. Hardly any discussion of THE JUDY GARLAND SHOW can be complete without mention of this performance. As I tell anyone and everyone who has an interest in the TV Series please refer to Mr. Steve Sander's tome. 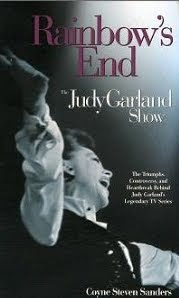 I do feel that Mr. Aghayan did more for her as a designer than anyone else in her career. Most everything he did for her could even be worn today. 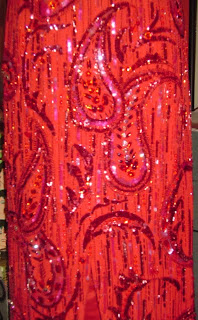 The gown Judy wore that night was of red silk incrusted with sequins, bugle beads, faux pearls and jewels. Designed by Ray Aghayan and made at Elizabeth Courtney costumes it is one of the most stunning gowns I have seen from the series.
Judy kept it with her for years only to have it fall out of her possession during the trouble with her bill at the St. Moritz hotel in NYC in 1968. 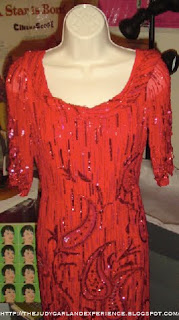 I treasure the gown as one of the signature pieces in my collection. It's one of the most iconic relics from her Television series and maybe her entire career. 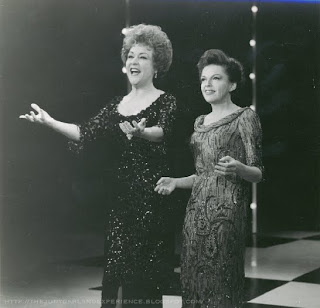 As far as the value goes, to me and I am sure to all of us here it is priceless. For the record the last JUDY GARLAND SHOW Ray Aghayan gown sold for $45,000 several years ago. At this point I know of only six gowns from the TV series, Tom Larro owns the "Criss Cross" gown, George Dalzell owns the Show 26 gown, Michael Siewert owns the "Movie Concert" gown. an anonymous lady in California owns the "Poppy gown" and I own the "Battle Hymn and zebra gown. 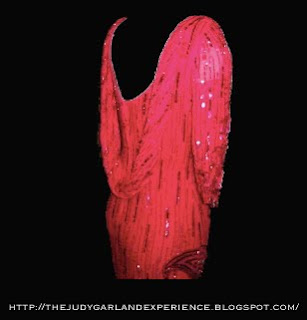 Wow...just wow. Thank you for sharing the gown and the story. Judy Forever!

Just adds to the mystique. Wow as well.