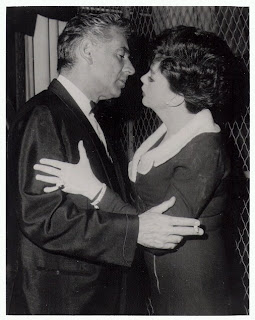 ThIS picture of Judy and Leonard Bernstein was taken "backstage" at NYC's Americana Hotel in May 1966, on the occasion of the Judy Holliday memorial/benefit dinner. Proceeds went to a cancer hospital in -- I believe -- Denver; Holliday had passed away the previous summer.On a bill that included Bobby Kennedy as keynote speaker, Jule Styne conducting the overture of his songs from the Holliday vehicle BELLS ARE RINGING, and performances by BELLS lyricists/libretists Comden & Green, Carol Channing, Alan King, and others, "our" Judy was the showstopper of the night. She sang "When You're Smiling," "Rock-a-Bye," "Just in Time," and "The Party's Over" (the latter two were among Holliday's numbers in BELLS). After an ovation brought her back, she did "Judy's Olio" ("You Made Me Love You," etc.) and "Rainbow." (All of this per accounts by Nancy Barr and Jenny Wheeler at the time.)Her forest-green floor length gown was designed by Howard (PRESENTING LILY MARS) Shoup. And there's a raft of press photos of Judy with Comden and Green, King, columnists Earl Wilson and Leonard Lyons, and etc., taken in the same area as the picture of Garland and Bernstein.
Posted by Buzz Stephens at 12:32 PM 1 comment: 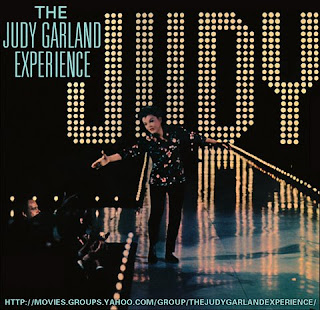 Posted by Buzz Stephens at 12:30 PM No comments: 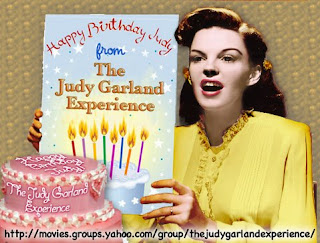 Posted by Buzz Stephens at 6:50 AM No comments: 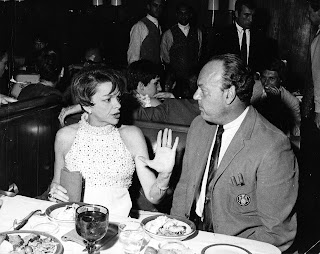 Here is a picture of Judy and Saul Richman (the publicist for Westbury Music Fair) out on the town after Judy's Westbury debut.
Posted by Buzz Stephens at 1:04 PM No comments: 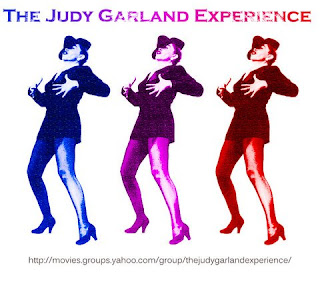 This is the newest homepage over at the Yahoo version of the Judy Garland Experience. new files include recordings by Diane Schuur, radio appearances by Judy to promote the movie Summerstock, an ulrta rare recording of Frank Sinatra at Carnegie Hall, Judy in concert at Westbury Music Fair in the summer of '67, and much, much more.
Come check it out. Here is the link:
http://movies.groups.yahoo.com/group/thejudygarlandexperience/
Posted by Buzz Stephens at 1:00 PM No comments: