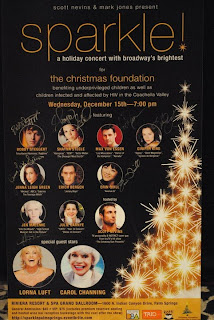 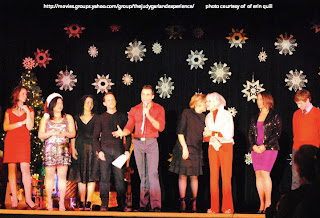 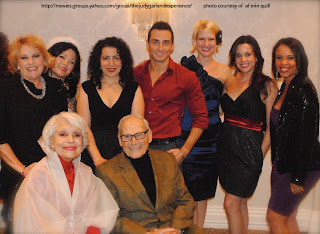 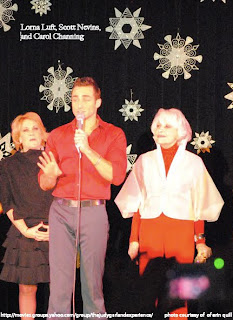 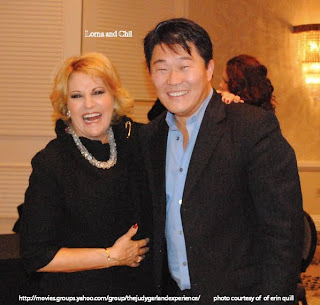 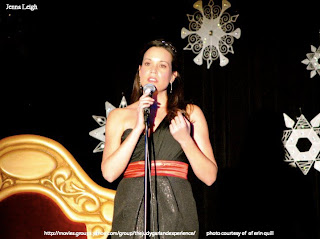 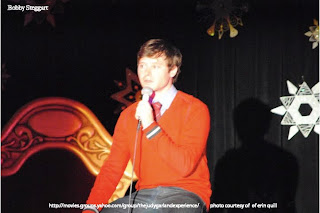 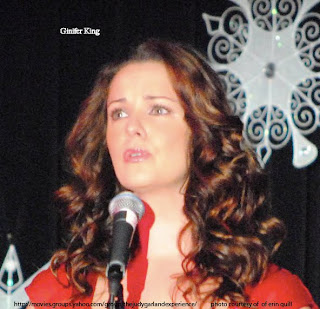 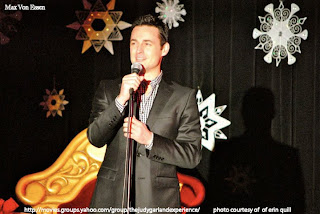 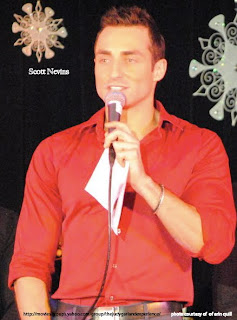 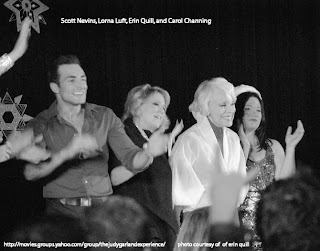 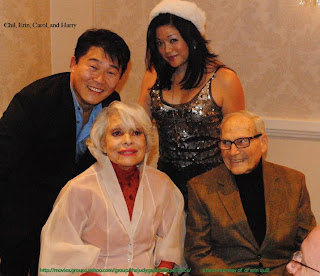 Hosted by the television personality, and this century's Toastmaster General, Scott Nevins, the event also featured some of the brightest stars of Broadway and television. Pictured here along with Lorna, Carol, and Scott are, Erin Quill, Max Von Essen, Jenna Leigh Green, Ginifer King, and Bobby Steggart.

Not pictured here, but integral ingredients to the show were Shayna Steele, Jen Malenke, and Julie Garye.

The evening was such a success (six standing ovations, count 'em, six) it will now become an annual event.

All proceeds go to The Christmas Foundation, an organization designed to benefit disadvantaged children, as well as children infected and affected by HIV.

Photos courtesy of Chill Kong, not Erin Quill as credited on the actual images..
Posted by Buzz Stephens at 9:04 PM