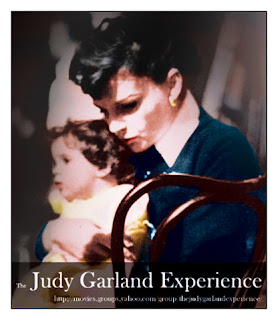 ANOTHER JUDY MOMENT
The Man That Got Away was an elusive part of Judy's repertoire during 1967, here she is singing it on opening night of her '67 Palace engagement, one of only two or three times that she sang it during the run.

BING AND ROSIE # 391
Another entry in our seemingly endless supply of episodes from Bing Crosby and Rosemary Clooney's morning radio show. This edition was originally broadcast on August 29, 1961.

ENCORE
Sarah Vaughan gives a master class! Sassy takes a benign pop song from the 70's and turns it into a three act play and a vocal tour de force!

JUDY GARLAND IN CONCERT
Per a request, a reposting of Judy Garland and the Rat Pack at the Long Beach Municipal Auditorium, July 9, 1955.

JUDY'S WEATHER REPORT
Meredith thought we should have a folder of Judy songs giving a nod to Hurricane Irene. She thought it should open with Stormy Weather and close with Goodnight Irene, and so here it is.

One More Episode Of Mail Call
From April 11, 1945. Hosted by Judy Garland.

SOMETHING EXTRA
Anita O'Day on the Bobby Troup show 1956-7.

WHERE JUDY PLAYED
The Highwaymen live at the Greek.